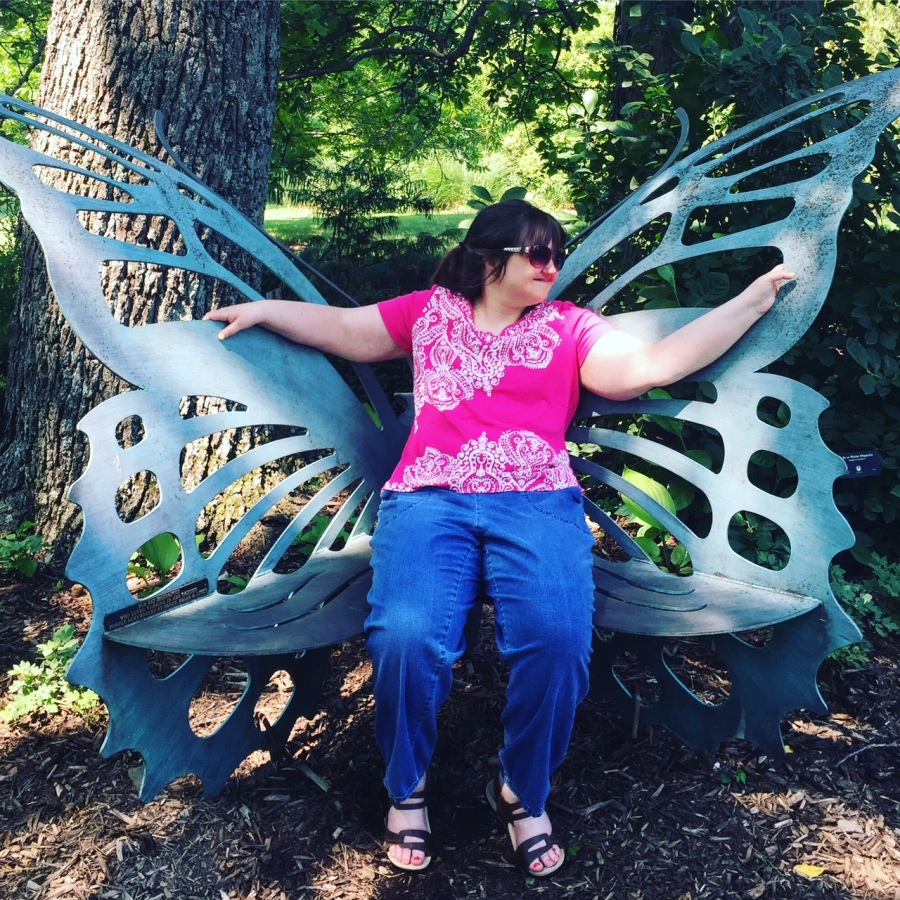 I used to have this reoccurring dream that I was on the edge of a steep cliff walking and walking. There were cars zipping by me. I had terrible anxiety that I was going to fall off the cliff at any moment, and I could not see a single thing off of the edge. I knew it was probably bad so I clung as close to the speeding cars as possible. Each time I had this dream I woke up sweating and in a terrible panic. I traveled this same road in my dream for many years.

Then a friend said to me, “why don’t you just jump off the cliff and fly?” Truly, I had never considered it. I had never thought about the idea that I had control of my dream life. After some weird conversations about “hows and whys” I finally gave up and just said yes. And I did it. I flew. I was actually over nothing, not the ocean, not the ground, just in gray. Not clouds exactly, just gray. And it was easy. And then I never had that dream again. And yes, there’s a lesson there, and it was not lost on me. But it was just one lesson.

I have had so many more lessons about flying, and not flying, more accurately, and about recognizing when I can.  And about helping others fly. I was again in that gray space, existing without direction, having taken that leap, and not knowing the road or journey ahead. In the last year, I have become intimately re-united with the magnificent, fragile and strong woman who is my sister. She has always lived with my mother until she couldn’t because of my mother’s illness. And then she had an opportunity. It was a crisis. Also an opportunity for growth, and it wasn’t easy. For either of us. She is developmentally and physically disabled, and yet, she is fully capable. While she is unaware, she is also hyper-aware. And while she seems unable or maybe unwilling, she jumps ahead with diligence and perseverance that most of us can rarely conjure up.

I have spent a bit more than a year setting her up in her own independent living situation where she, for the first time, at age 42, has been learning to be an independent woman. This includes everything from deciding what she wants to wear every day to how late she stays up at night to what she watches on TV. She has her first phone, and she loves to annoy her family with too many phone calls. And the process continues.

It has taken me a long time to finally write this blog post. It has been a lot, frankly, too much to process. Also, I want to honor her space as a full person to be, and to become. And I have needed to understand what it means not to “oversee” her, but to continue to support and provide for her safety and well-being.  For both of us, this has been untraveled territory, that largely we’ve had to experience in order to understand and know. And often, this is a lonely road. But as I’m just beginning to see, it is a road that is so worth the messiness, the fear, and the uncertainty. And honestly, while we are far from smooth going, we are both gaining strength. This makes all the difference.

During Thanksgiving and Christmas, my sister traveled to visit me and my family, and she stayed with us. There were some minor, and usual, issues, but overall, she was a rockstar. We had a great time with her. She is becoming.  And it is beautiful.

Here’s my aha. It was not an easy one. In fact, it sucked. But it changed everything for me. What I had not recognized or anticipated when I started the process of becoming her guardian was my own metamorphosis. I had not anticipated how I would become changed as a result of the process. Before I became her guardian, I was still her child-sister parent. The child who was my parent’s step-in, trying to please my parents by caring for my little sister in order to get appreciation and affirmation for myself. To be recognized as worthy. I was my sister’s protector. And for much of my adult life, this child-protector has been a very present source of my actions.

At some point, I realized that I could not continue forward as her “child-parent protector” and in the rest of my life be a wife and parent to my teenage son. And moreover, that child-parent role that I had adopted so young in my life never served me well in the first place. With a lot of support from my husband, we worked through so much and I too went through a metamorphosis.

Now, a year an a half later, both of us sisters are changed. She is living and thriving on her own. And I am letting her, even when we both stumble through it.  My sister doesn’t need a protector. She needs a person to stand by her, to make sure that she can stand on her own. And I don’t need to perform good deeds for affirmation of others. I just need to live and be a good and healthy person. And love my family. And we can both fly.

5 thoughts on “Learning to Fly, and We Both Have Wings”