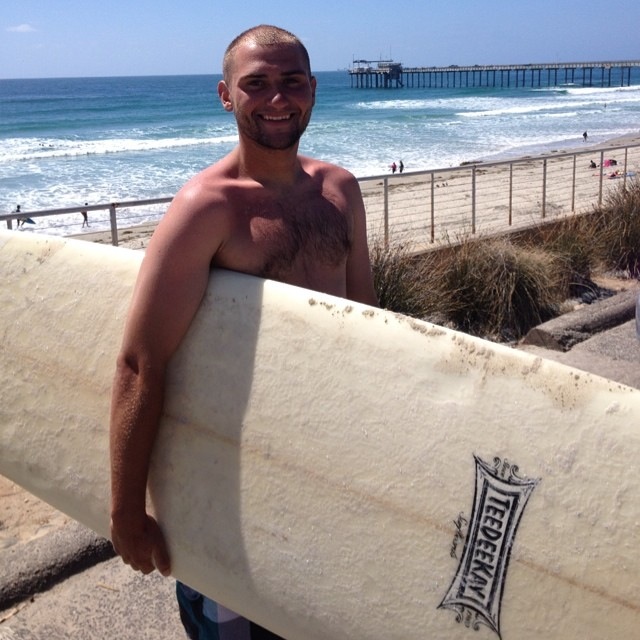 The deeper that sorrow carves into your being, the more joy you can contain. ~Kahlil Gibran

Today is my youngest brother’s birthday. It is the second year I have marked the occasion without him. It is a day that almost feels suspended in time, a space where, for a moment, I cannot move. Then I remember.

He was sure that the tiger was real. We talked about it for weeks after he read Life of Pi. I had sent it to him almost a year before, and he finally read it. It was his second time in rehab. When he finished it, he called me from the break room phone. “That was the best book I’ve ever read. Maybe it’s the first book I’ve ever read,” he quipped. I could tell he was pleased with himself.

“It’s fucked up” he said, about the ending. “That anyone would believe that the tiger wasn’t real is just fucked up. Like eating cereal with no milk. What’s the point? Better to just throw yourself overboard or go hungry.”

It was basic gut for him. He couldn’t entertain the other story. Maybe my own exhaustion or age or cynicism allowed me to consider the hopelessness of other options. Maybe when stripped down to nothing, people truly are just terrors fighting for survival? Maybe we each just do what we have to do in order to get by? I thought it could happen, but not Sean. He couldn’t imagine it.

I think about that series of conversations about the tiger, and I could read so much into it. I could try to find some bigger meaning, to make sense of where he was and the struggle he had with trying to find a connection to himself and a community where there was hope and aspirations without heroin interrupting his beautiful beautiful self. I could tell myself so many things about our conversations.

I could have told him that he was not alone, even after the tiger disappeared off into the jungle trees.

But the coulds and the shoulds are not real. They cannot save. Him or me.

But cheerios, those are real. And joy, that too. Real. And my brother was always good for keeping it butt-slapping real.

So on his birthday, I remember our conversations about Love and Pi. I remember him and I keeping it real, bungee jumping at Worlds of Fun above asphalt on a 100 degree day in August.

2 thoughts on “Keeping it Real”